Oh god the kiwi public voted for the biggest idiot in the world, National Party leader (conservative) John Key...The Kiwi Geroge Bush!!!! Became the 49th Prime Minister of New Zealand.His policies are to get rid of Kiwi Bank (the only non aussie bank used here in NZ) Kiwi Saver and Kiwi Rail!!! Also his target by 2014 is to get rid of The Maori Party seats of 14 in parliament!!!!
Oh god this idiot is going to try and take over Fiji the way he's going!!I guess nuclear weapons will be available here soon.
Just like it is In Australia...Oh we're in for trouble!

Im guessing your not happy

I would of voted for The Bill and Ben Party!

Their main policy was to blow up all bridges across nz

The NZ legalizing marijuana party is another favourite!

So what age u gotta be to vote in New Zealand rhys? 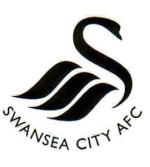 MrSafe wrote:So what age u gotta be to vote in New Zealand rhys?